"Mongolia and Siberia" exhibition was opened at INRTU

Rector of INRTU Mikhail Korniakov noted that cooperation between the two countries in the educational process makes it possible to train professional personnel for the Mongolian industry: 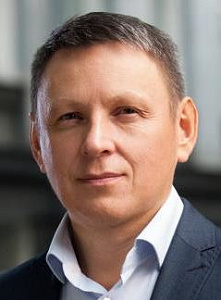 "In 2022, Mongolia will celebrate the centennial of mining and heavy industry. More than 70% of mining engineers in the country are graduates of Irkutsk Polytechnic University. Many of them hold managerial positions at large enterprises, including the Erdenet mine. We are proud that Mongolian graduates from our university are working for the benefit of their country."

It should be noted that currently 44 people from Mongolia are mastering engineering professions at the university, 10 of whom are the target students of "Mongolroszvetmet" company.

Director of the School of Subsoil Use Alexey Shevchenko expressed confidence that the work with the Mongolian colleagues will continue to develop actively: 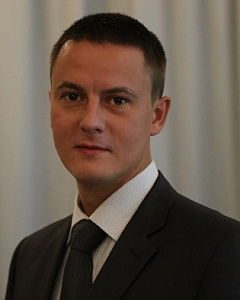 "Today we go on expeditions with scientists from Mongolia, implement educational programs, and work in the field of subsoil development. Together we will achieve new results".

Larisa Leskova, director of the university's Publishing House, presented the guests with the booklet "A Century of Friendship, Cooperation and Education". The staff of the History Museum and the A. Sidorov Mineralogical Museum helped the editorial staff collect and organize the information. A. V. Sidorov Museum of History and Mineralogy. Larissa Leskova also noted the contribution of the heads of the two departments of the School of Subsoil Use - Professor Alexander Zagibalov and Boris Talgamer. Three copies of the publication were presented to Dondoo Chuluunbaatar for the Consulate General of Mongolia in Irkutsk.

In 2023 will be released a monograph by associate professor Larissa Rapatskaya. The scientific work will be dedicated to the 50th anniversary of the Kerulen International Geological Expedition, a joint project of Russian and Mongolian scientists.

Tatiana Klemenkova, Director of the NTB, acquainted the rector Mikhail Korniakov and Dondoo Chuluunbaatar with the publications on history, culture and industry of Mongolia, reflecting the key stages in the development of Russian-Mongolian relations. The literature is presented in three thematic areas: "From the Golden Horde to the Gold Diggings," "Mongolian Culture. Modernity", "Mongolia and INRTU: Roads of Cooperation". She drew special attention to the Mongolian sketches, prepared by the staff of the Department of Monumental and Decorative Painting and Design named after V. G. Smagin. G. Smagin.

The event ended with the performance of the folk ensemble of Russian song "Kalina".

Everyone can visit the exhibition until December 22 (Scientific Information Center NTB INRTU). 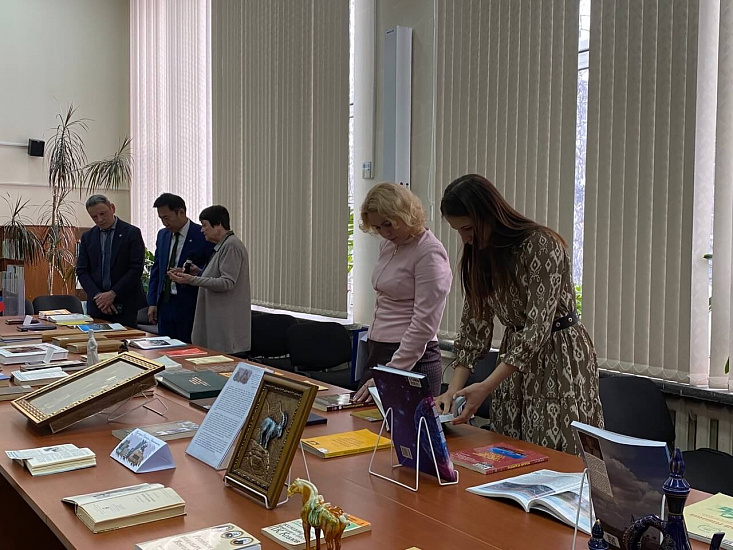 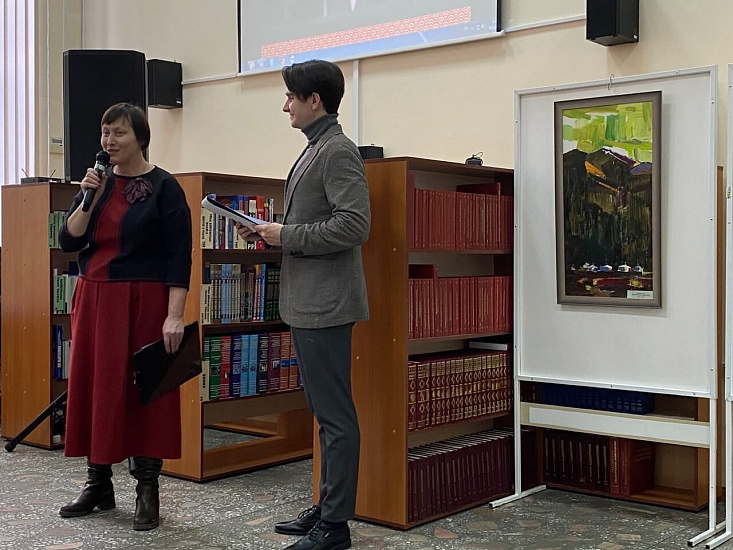 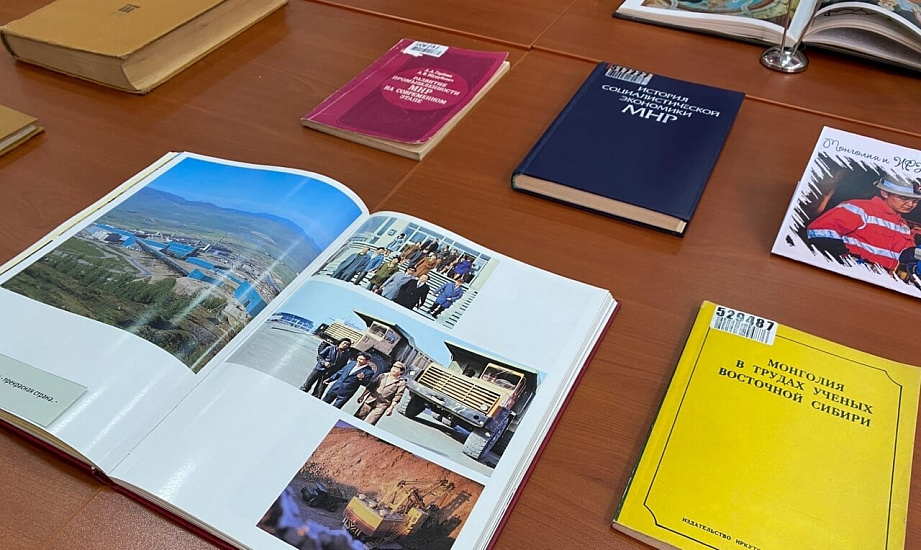 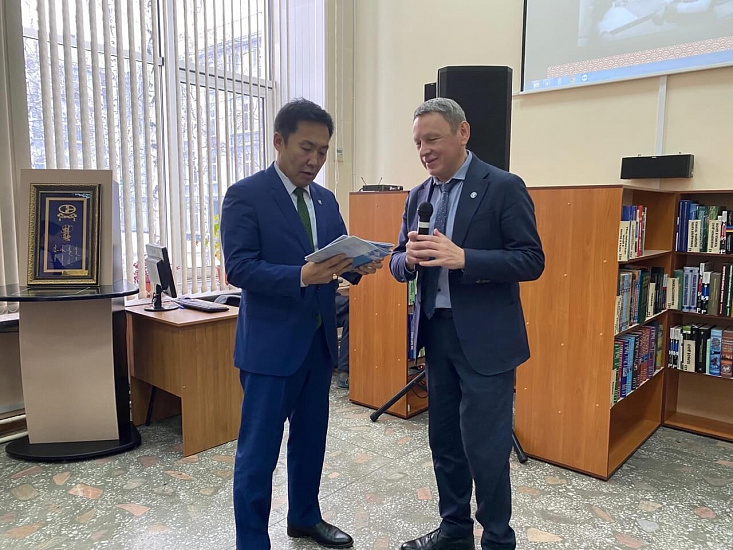 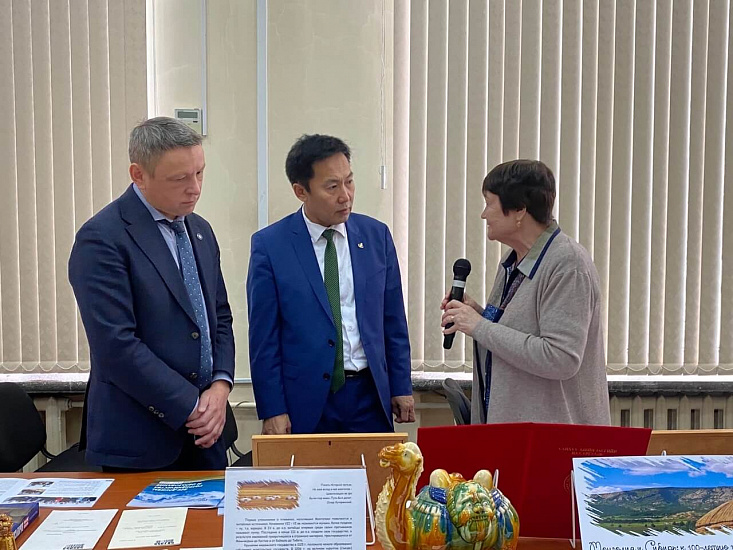 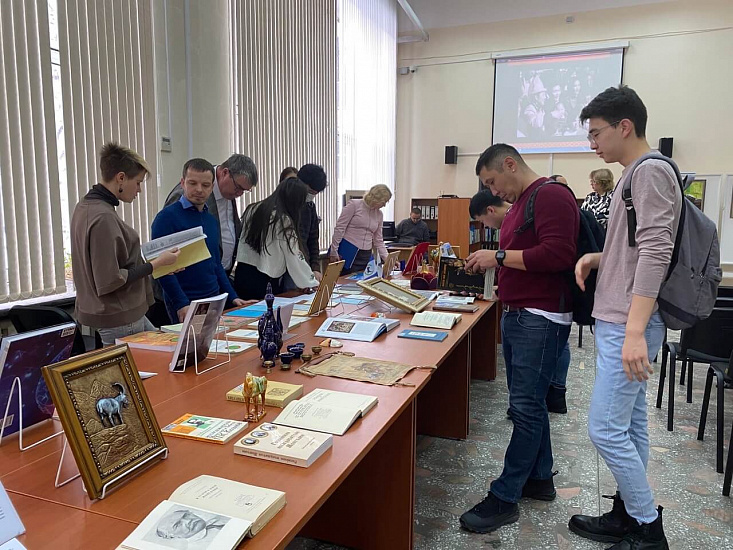 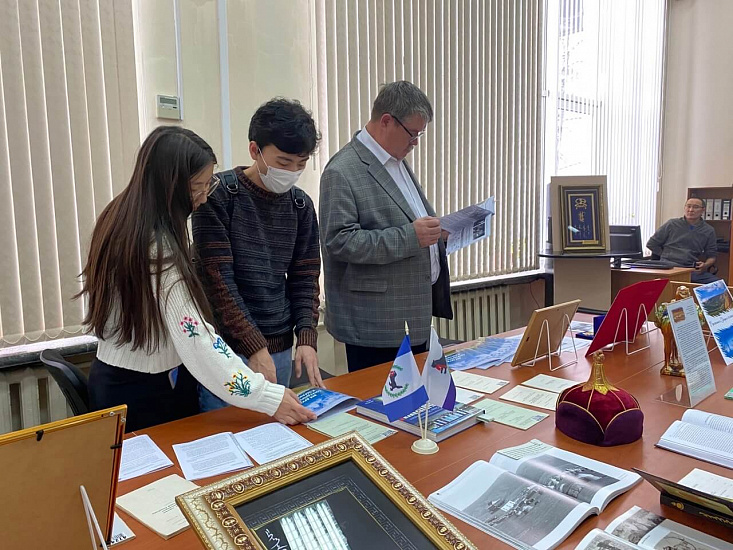 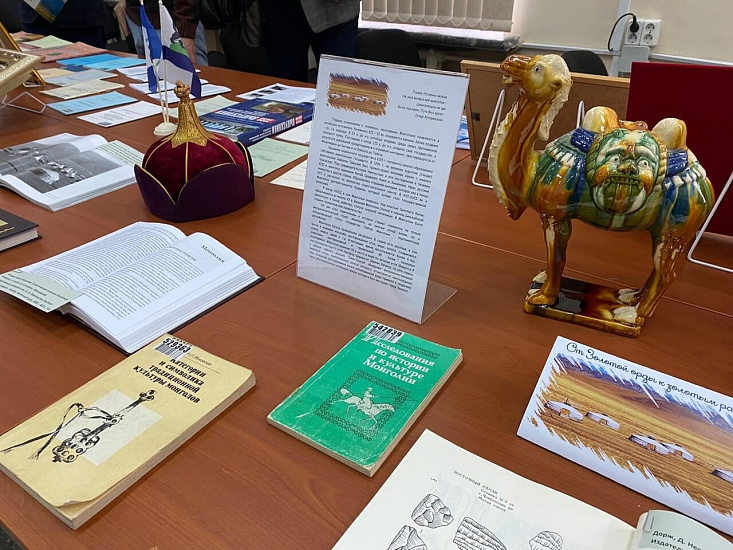 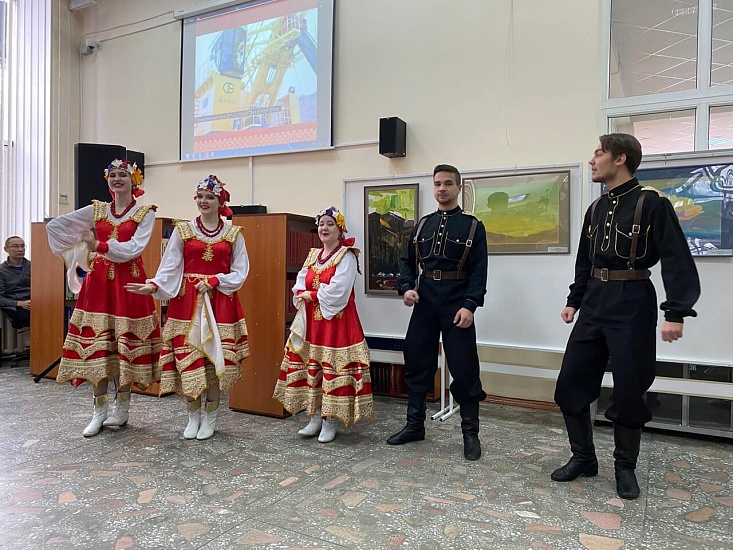 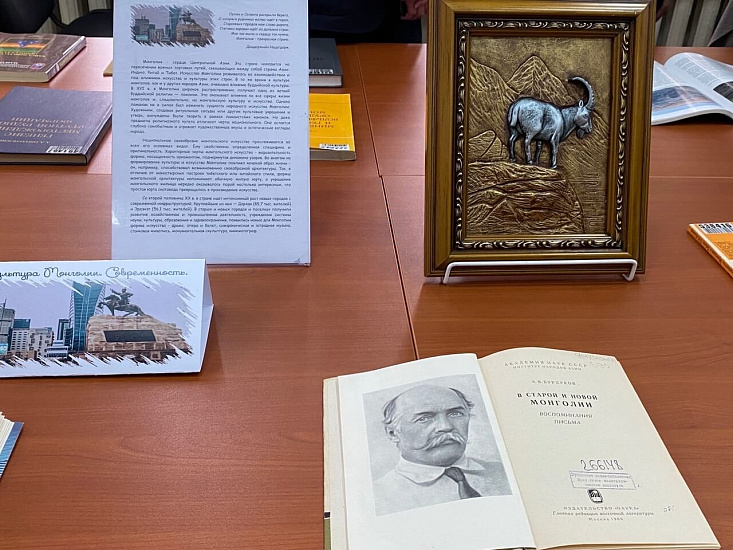