On November 8, the creative evening "Korea is close and beautiful" took place in the INRTU White hall. The students get acquainted with the subtleties of Korean culture, tried on national costumes, prepared rolls, heard the rhythms of drums and the old song "Ariran" in a new arrangement. The event was included in the Festival program "Siberia — the territory of peace and harmony". 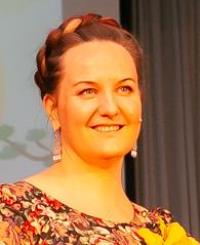 The project was initiated by the head of the ethnic percussion studio "Ethnobit" Natalia Vlasevskaya. In 2017, she visited Republic of Korea) for the first time at a creative forum as part of a delegation fr om the Angara region. After the trip, the band’s arsenal was replenished with new musical instruments, and Asian compositions played on buk drums appeared in the repertoire.

Then there were joint projects with South Korean drummers from the YE-SIN Junior Nanta band and a school band from Chunchong. The immersion in Korean culture goes on thanks to the event celebration «Korea is close and beautiful». The event is addressed to the INRTU students interested in academic exchange programs, internships at universities in South Korea. The University has cooperation agreement with more than 10 Korean universities.
The evening started with body percussion, concert numbers Taiko and Mulan, Misirli performed by "Ethnobit".

Ekaterina Salangina, an educator in East Asian Studies from ISU, made a presentation about Korean costume and food. As she underlines the main lecture goal is to show the richness of the history and national culture of the "country of morning freshness": 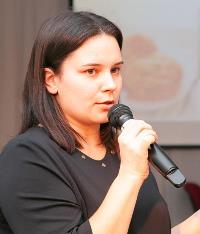 "Korean TV series (doramas) and K-pop music are very popular among young people. Some dream of going to Seoul and see their favorite artists. This phenomenon is called „Hallyu“ („cultural wave“), thanks to which foreigners are increasingly choosing South Korean universities, and tourists are eager to relax in this eastern country. „Hallyu“ is a great way to spread modern culture, supported at the state level. However, it does not cover the history and traditions of the people, which have deep roots." 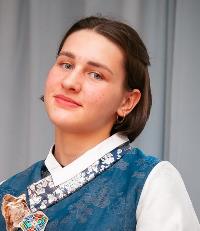 Elizaveta Pintusova, the drummer of "Ethnobit", the future geological explorer, was very impressed by the event. She is interested in the culture of Asian countries. Thanks to this unusual intercultural celebration, she tried on an elegant hanbok, cooked and tasted kimbap. Elizabeth calls the main opening of the evening an authentic performance in the genre of "Samulnori".

She told about the national costume called "hanbok". In the female version, it consists of a wide skirt and a jacket with a garter, sewn from natural fabrics. Such clothes are worn on special occasions, for example, for a wedding or the first birthday. The commitment to tradition and the desire for new technologies inspire some designers to create "modernized" office versions of hanbok.

Ekaterina Salangina devoted a separate part of the lecture to Korean dishes. The audience learned about street food, spicy fermented cabbage "kimchi", steamed rice dumplings with spruce branches, and the eastern version of the bowl — pibimpape. Koreans prepare some of these dishes for the Chusok harvest festival, for the Lunar New Year and on the day of ancestor worship.

"Food is a form of the social equation in Korea. The way of life is organized in a such a way that Koreans wear different clothes and visit different places depending on their social status. Only food equalizes a student and the president of a large company. That is why there are few restaurants in Korea in the traditional Western sense. Much more popular are „shchiktans“ — small catering establishments wh ere everyone can enjoy familiar, simple dishes.

The special culture of food reflects the collectivism inherent in Koreans, respect for elders. So, if a group of students and a teacher go together to „shchiktan“, then the teacher pays for all of them. Koreans gather whole families to prepare „kimchi“ for the winter season. Even special festivals, which are visited by tourists all over the world are dedicated to this snack food" -  the lecturer noted.

The samulnorists’ band "Lotus", which includes students of ISU, IrGUPS and BSU, appeared on the improvised stage. They’ve played percussion instruments — buka, changu, kwankari and ching (gong). Each of them represents a certain weather condition. For example, a quankari in the form of a brass plate makes sounds resembling thunderclaps, and a melodious and swift ching gives the illusion of wind. The musical performance with such tools is called the art of Samulnori.

First-year students in East Asian Studies from ISU surprised the audience with a non-standard version of the song "Ariran". The song about love and sadness in separation has become the calling card of Korea and the anthem of the 2018 Olympics in Pyeongchang. The song is included in the UNESCO Intangible Heritage of Humanity list. Usually it is performed by women in the genre of «Phansori», close to throat singing. However, Irkutsk students decided on a creative experiment, giving the song a modern guitar sound.

The culmination of the evening was a master class on cooking kimpaba — the Korean equivalent of rolls. This is an appetizer that is made from dried layers of seaweed (kim), rice with sesame oil, fermented vegetables and the thinnest omelet. Kimpab is one of the most popular Korean dishes among foreign travelers who are not used to spicy food. 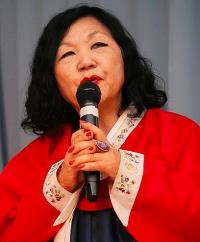 The event was actively supported by the deputy head of the Korean Culture Center in Irkutsk, Moon Sam Sun. She was born and raised in Russia. An unusual name for a Russian woman is not only a tribute to the traditions of her people, but also a memory of the difficult historical events. Moon Sam Sun is a descendant of Koreans who were transported to Karafuto in the 20th century to work in coal mines. It was the name of the southern part of Sakhalin, which belonged to Japan, until 1945. After the capitulation of Japan, the island backed to the USSR, the ancestors of Moon Sam Sun, as well as almost 20 thousand of their compatriots, remained to live on Sakhalin. They were able to visit their historical homeland only in the 1990s under the repatriation program.

Russia has become a second home for Ms. Moon’s family. Now she is putting a lot of effort into popularizing Korean culture. Together with ethnic Koreans, she organizes thematic ethno-meetings and festivals, prepares students for internships. Moon Sam Soon called the event at INRTU a real holiday, uniting peoples for a life of friendship and harmony. 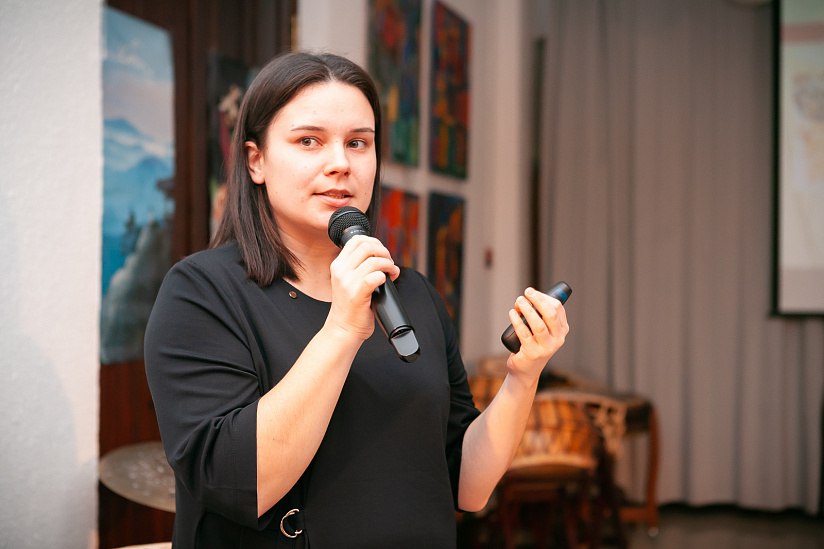 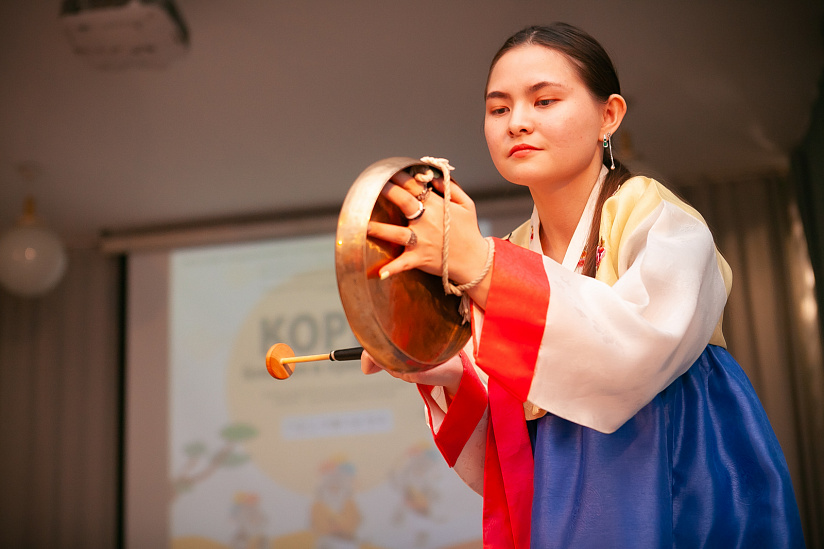 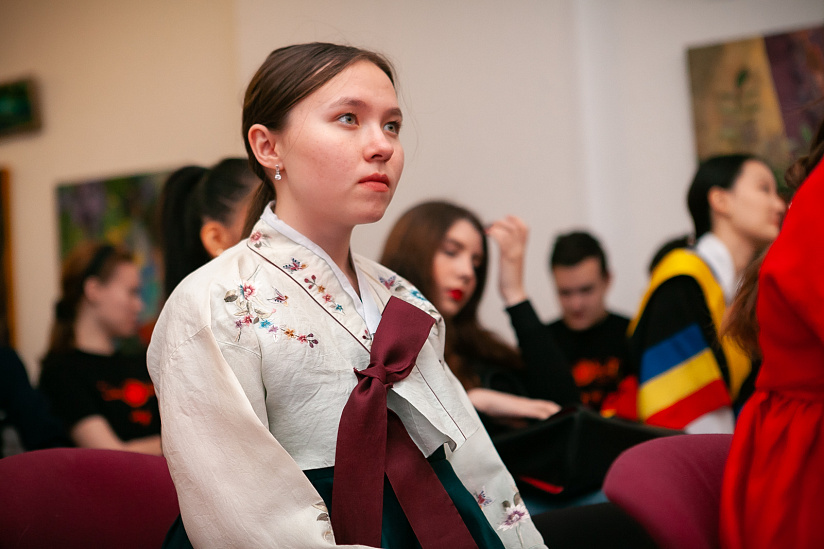 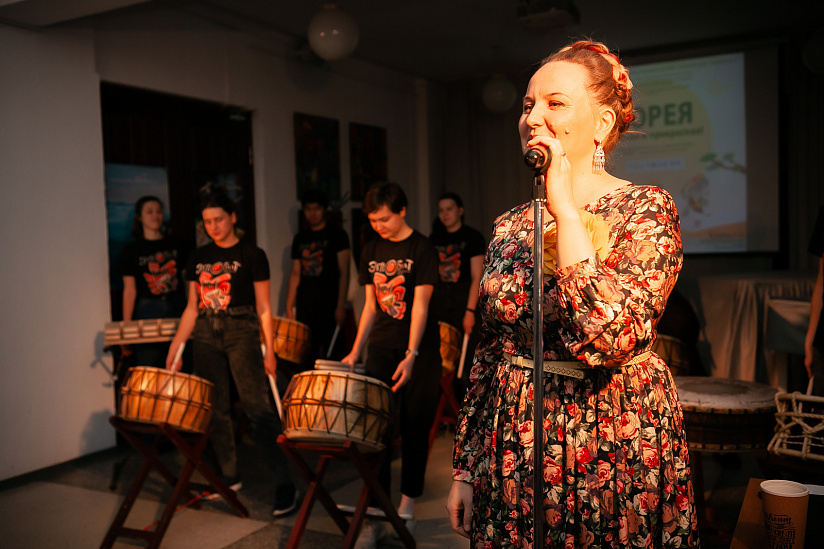 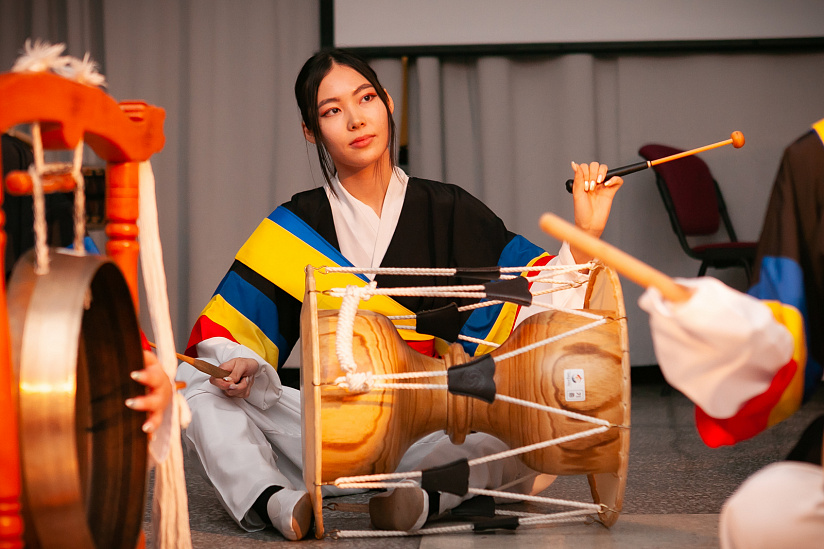 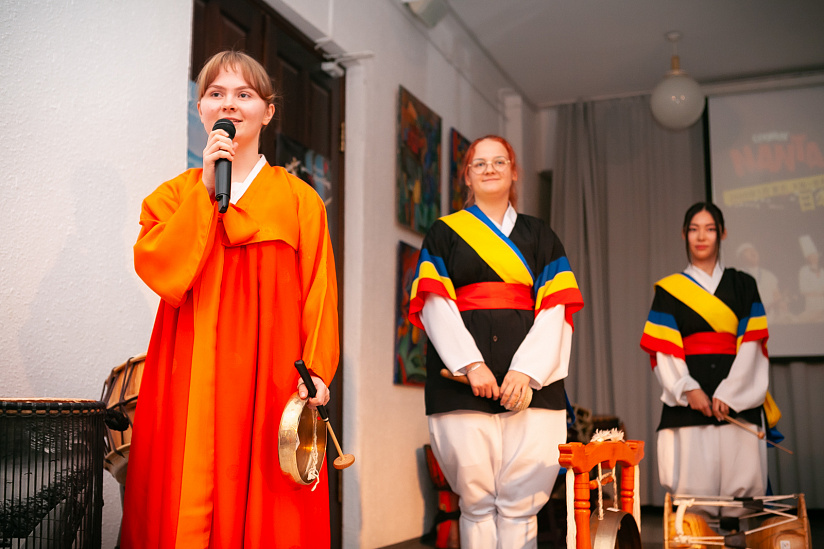 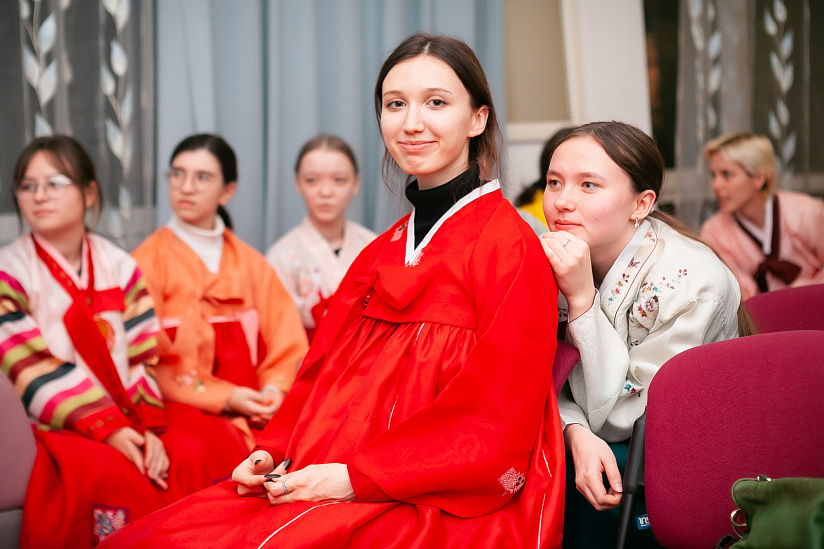 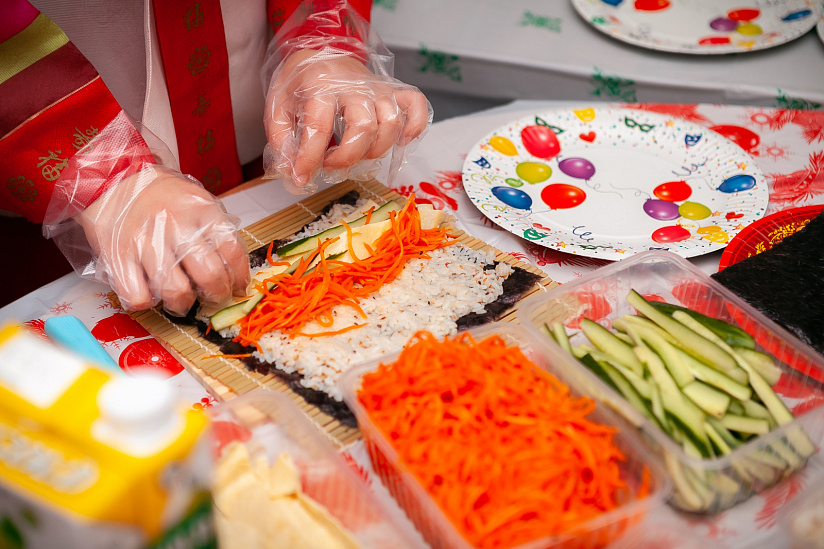 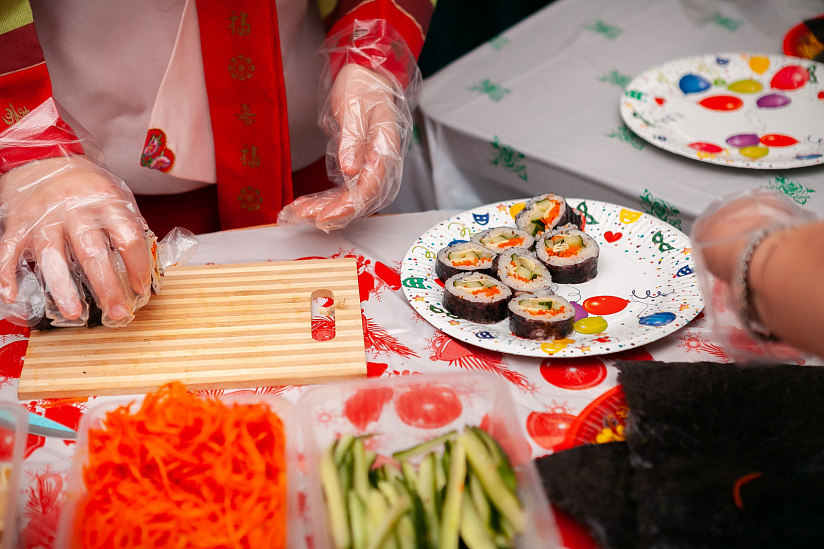 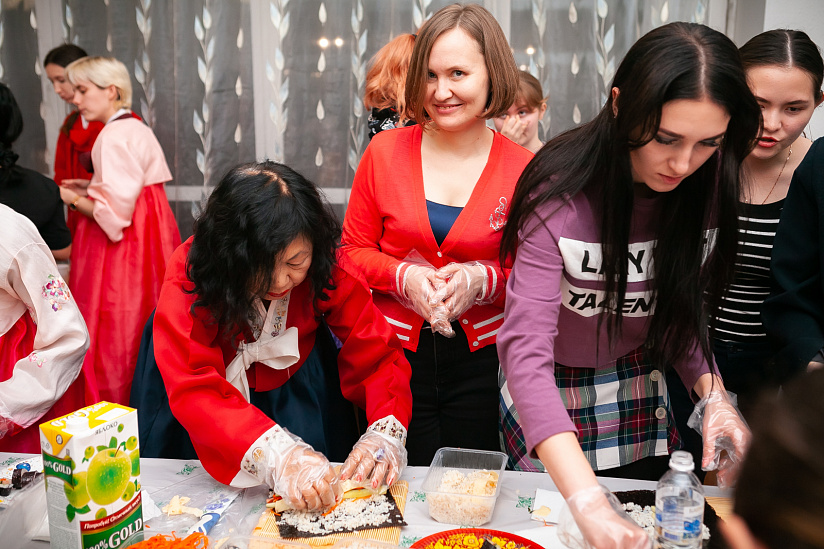 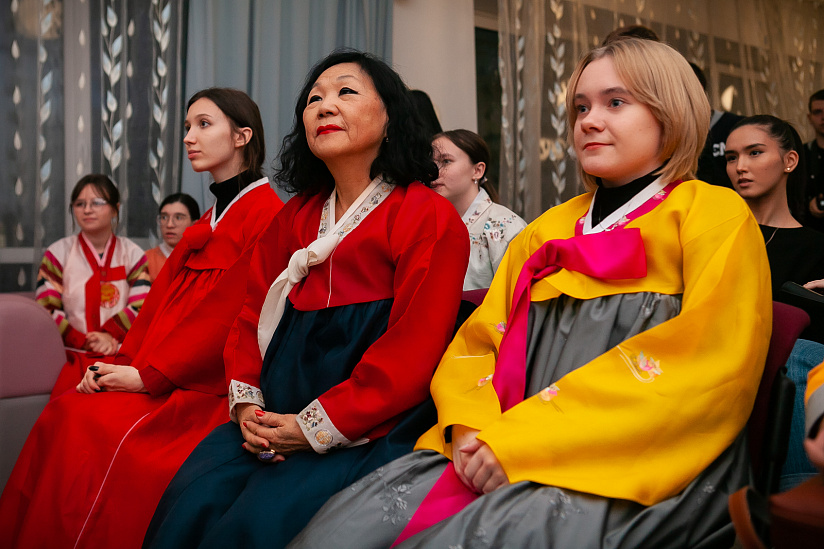 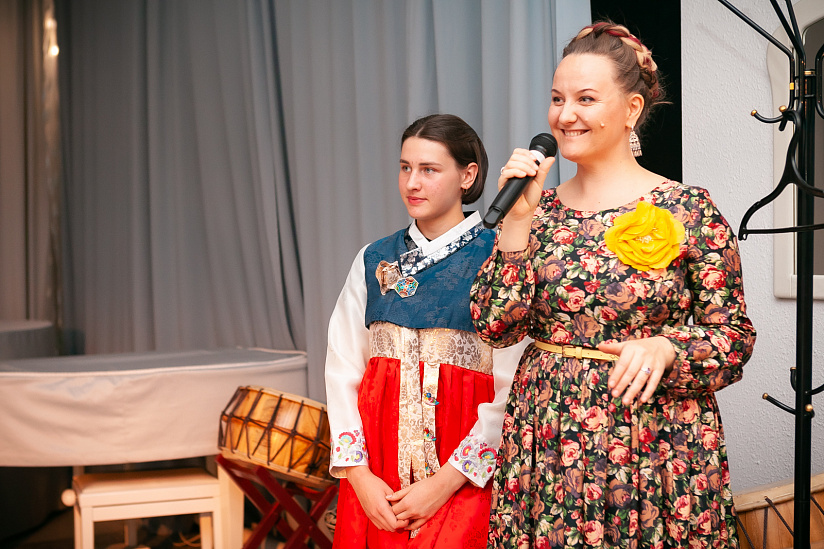 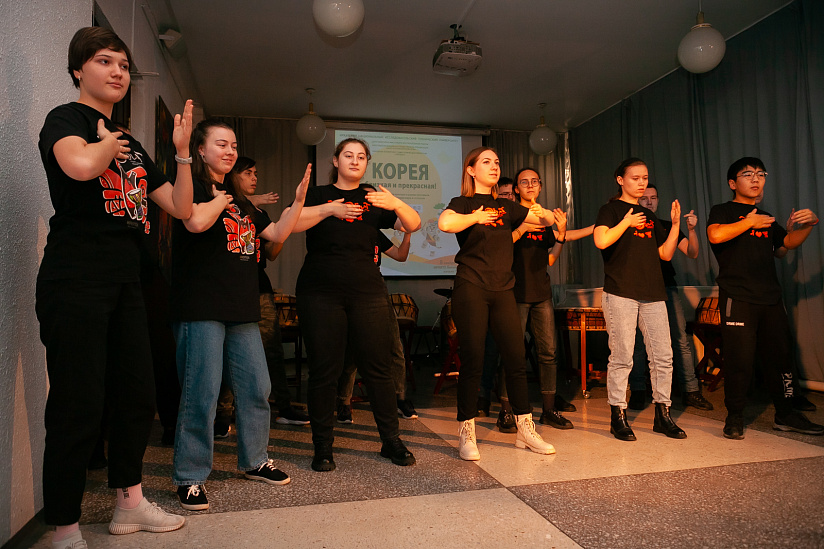 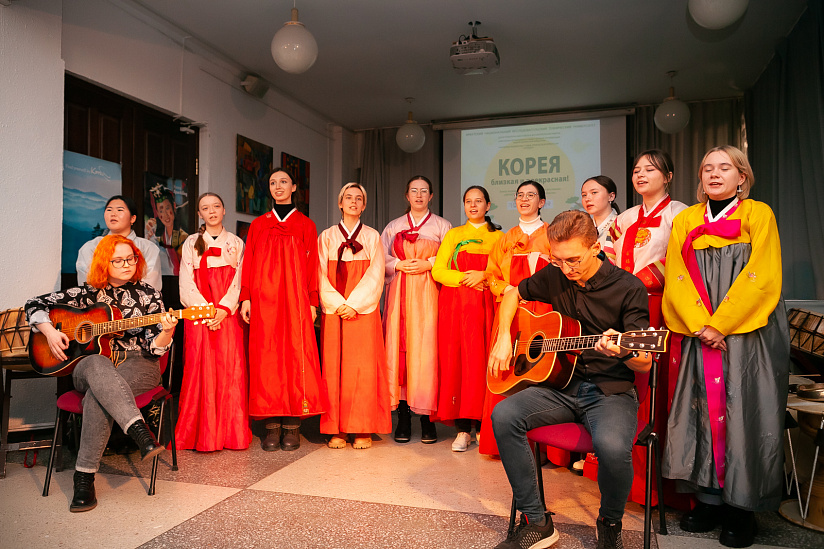 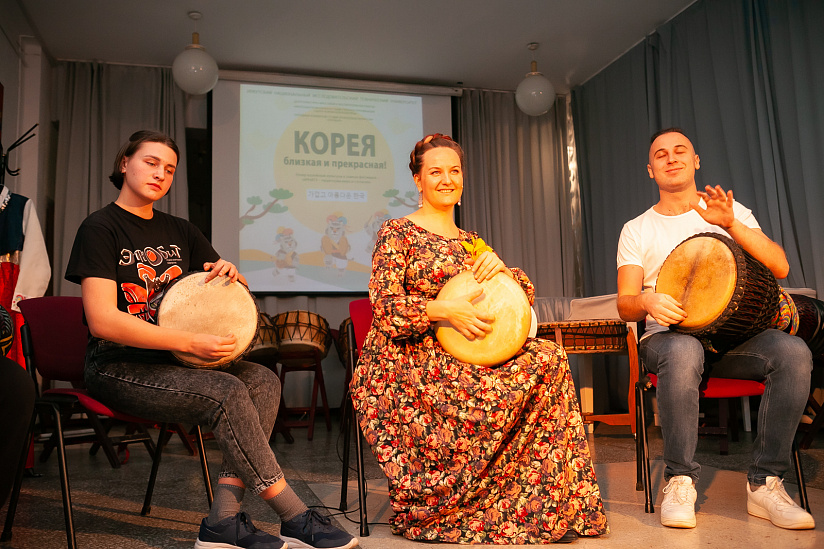 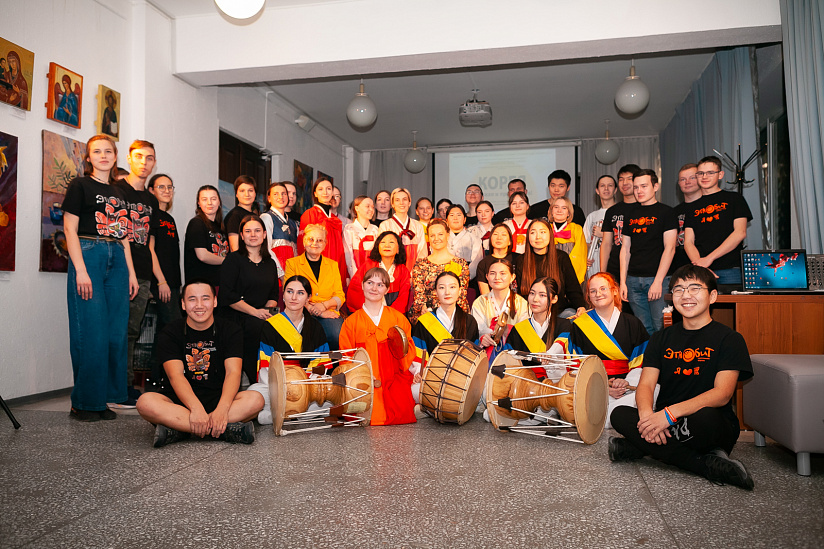 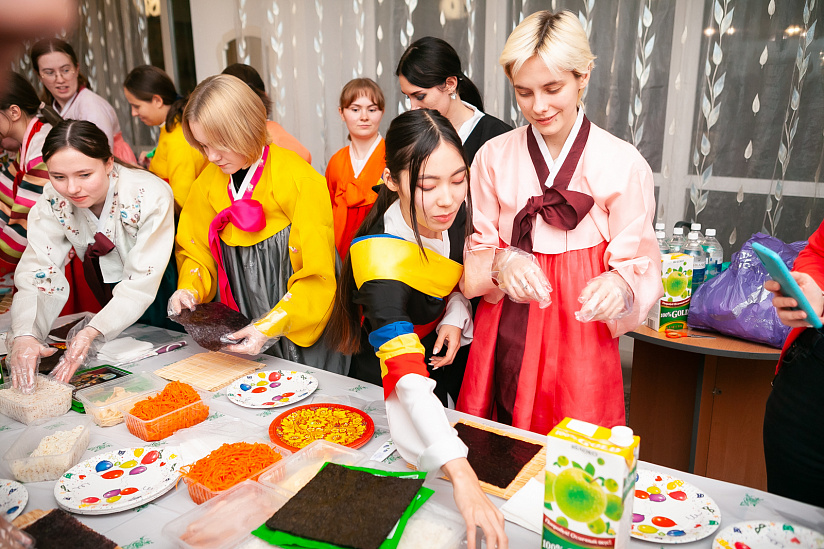