The concert opened with an act fr om the performance "GEO" by the school of contemporary choreography "Steps" and a performance by the Russian song troupe "Kalina". Students Sergey Travnikov (School of Subsoil Use) and Artyom Titayev (Baikal School of BRICS ) were the hosts of the event.

Welcoming speech to the participants and spectators of the festival was made by Vladimir Smirnov, Vice-rector for Academic Affairs. He said that "Siberia - the territory of peace and harmony" has been held at INRTU for 11 years: 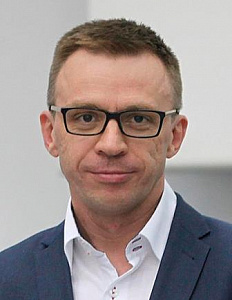 "This traditional event combines the international students of our university.

Nearly a thousand foreign students study at INRTU, which gives us an opportunity to get acquainted with the cultures of the peoples of the world. I wish to maintain the friendship that originated in the university for many years, success and excellent studies".

The festival brought together 32 social and creative projects. At the gala concert the departments of the university, which helped to hold the events at the highest level, were honored. Letters of appreciation were awarded to the School of Linguistics and Intercultural Communication, BS BRICS, the Department of Monumental and Decorative Painting and Design named after V.G. Smagin, the Department of Jewelry Design and Technology.

Awards were also given to the Department of Sociology and Psychology of INRTU, the regional branch of the "Center for Korean Culture," the management of the campus, the Student Media Center and Student Union, as well as the Center for Cultural and Educational Work under the leadership of Tatiana Dashko and the press service of the university.

According to Tatyana Dashko, the festival was initiated by the Polytechnic students who live in the Students' Campus:

The concert was continued by the ethnic percussion studio "Ethnobit". Recall that during the festival, the drummers organized an evening of Korean culture and the project "Together more ringing".

The best acts of the foreign song contest "Hello, bonjour, hello!" were performed. Peng Bo, a student of the School of Architecture, Construction and Design fr om China, performed the song My Heart Will Go On (the movie Titanic). Renata Lolo, a Polish preparatory student, recited a poem "Prayer" by Bulat Okudzhava. BS of BRICS also presented a duet of vocalist Zolboo Tumendembrell (Mongolia) and guitarist Ruben Romario Ratu (Indonesia).

The students living in dormitories #5,7,12 "A" and "B" performed Buryat yokhor. Foreign rap was performed by polytechnic students fr om Nigeria, South Sudan and Côte d'Ivoire.

Most of the foreign students live in the campus. That is wh ere the cultural exchange takes place, wh ere interesting creative alliances are born. An excellent example of this is a duet of Egyptian Mahmoud Amr and Nekruz Khamidov from Tajikistan, who performed a musical composition on violin and drum at the concert.

The program of the festival "Siberia - the territory of peace and harmony" included a competition among INRTU dormitories "My friendly, multinational...". The best business card was presented by students of dormitory No. 5. They prepared a theatrical number "Russia - multinational country", supplementing speech Buryat yokhor, Russian folk dance, songs in Uzbek and Kyrgyz languages.

Indonesian students dressed up in costumes of Papuans and painted themselves with bright makeup to present the song.

At the gala concert the results of the foreign language song contest were announced - the winner was Vladislav Shevelev from the School of Architecture, Construction and Design.

The festival ended with a mass dance to the fiery song of the Quest Pistols Show band "The Misfits". 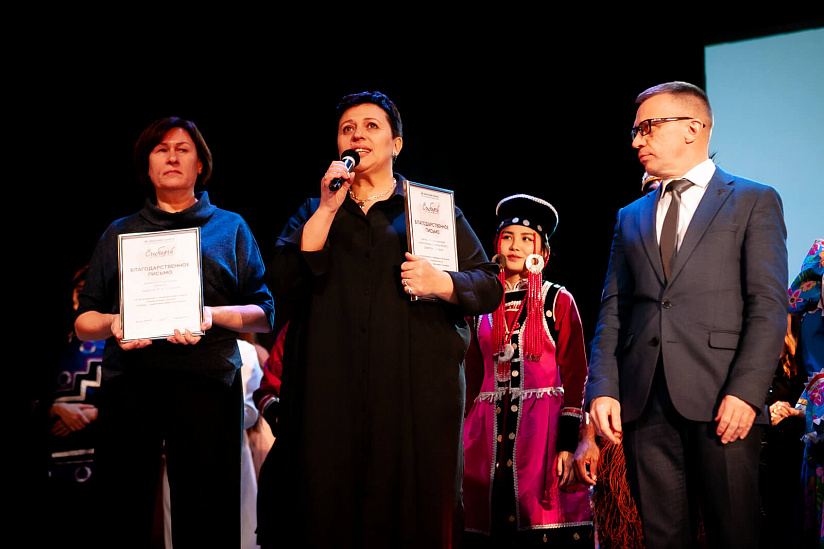 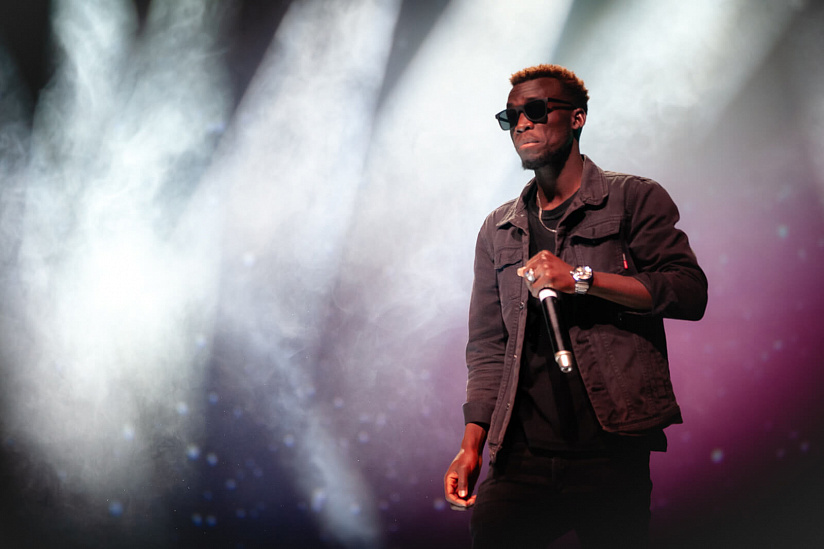 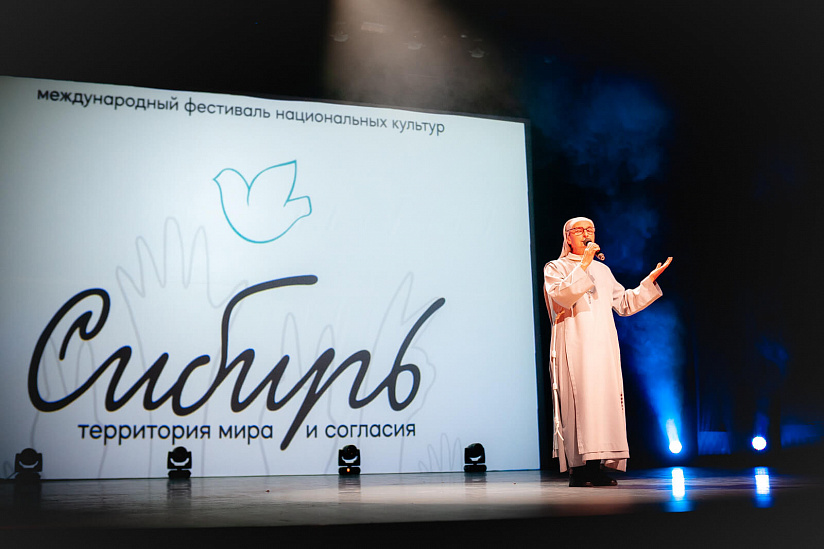 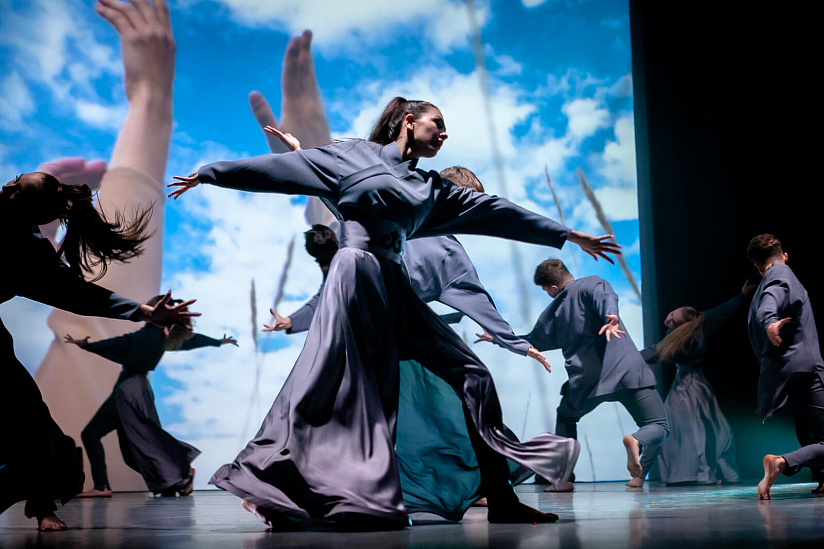 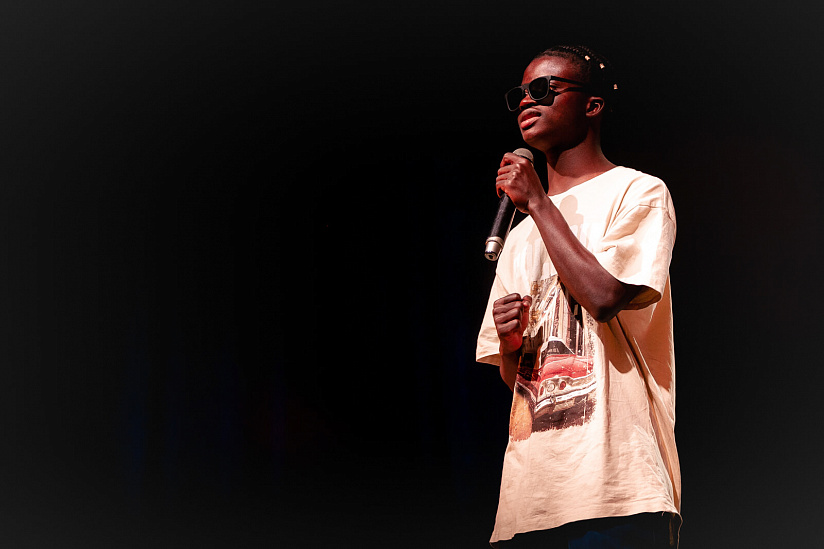 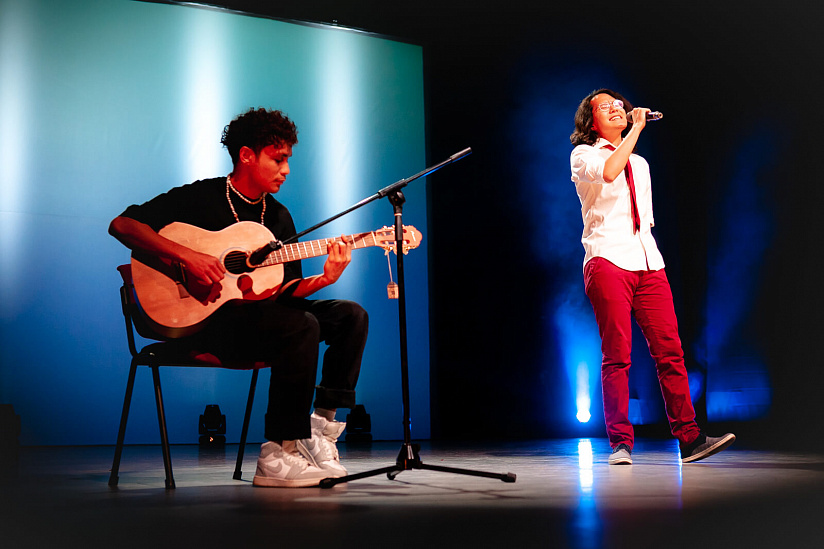 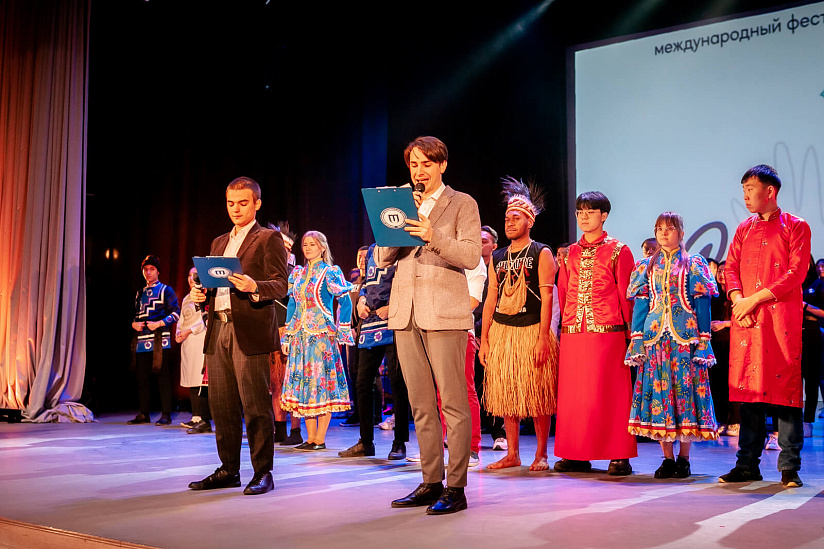 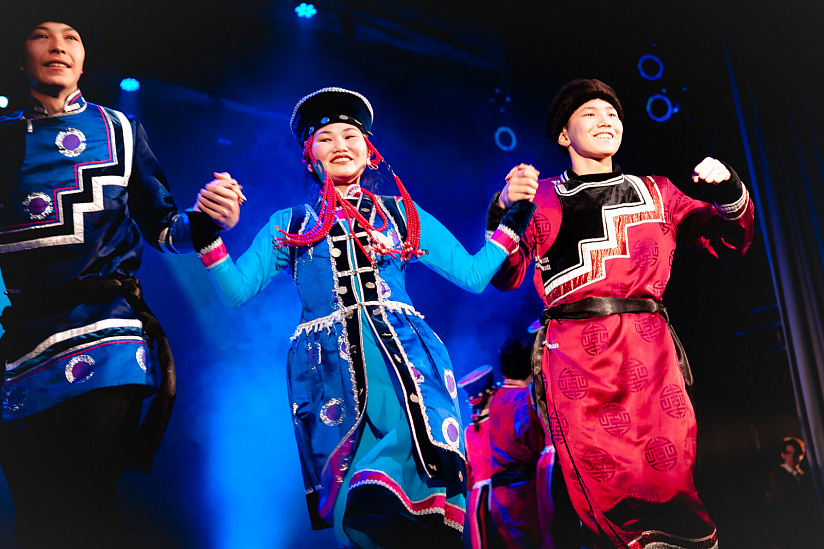 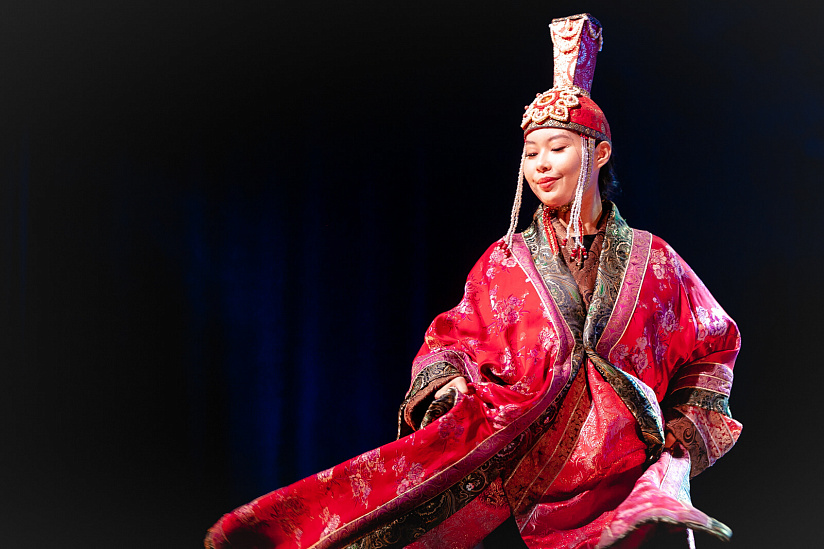 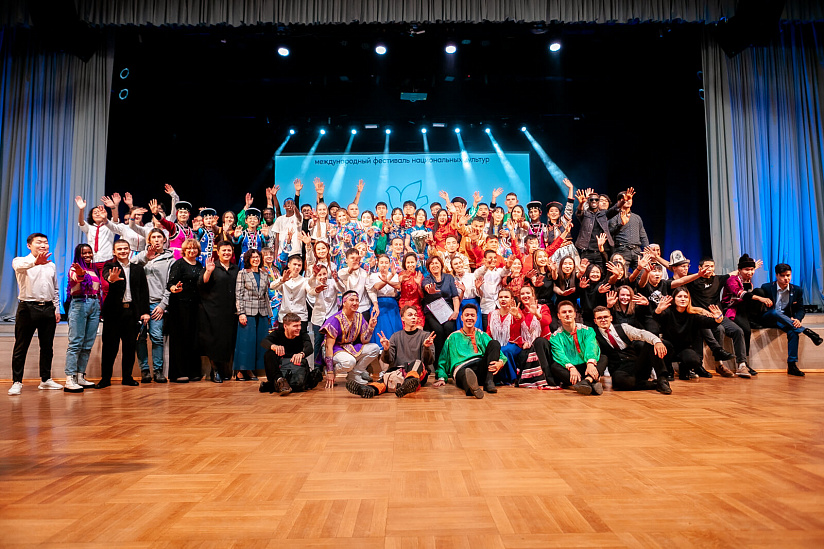 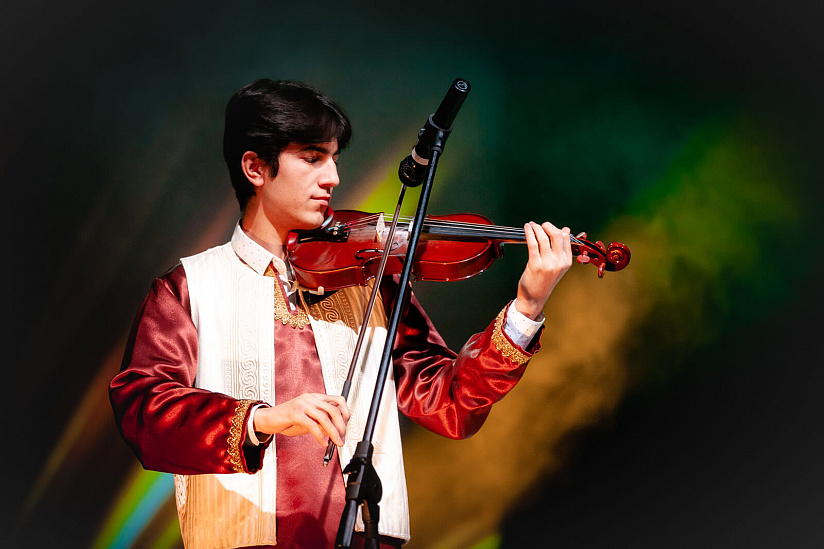 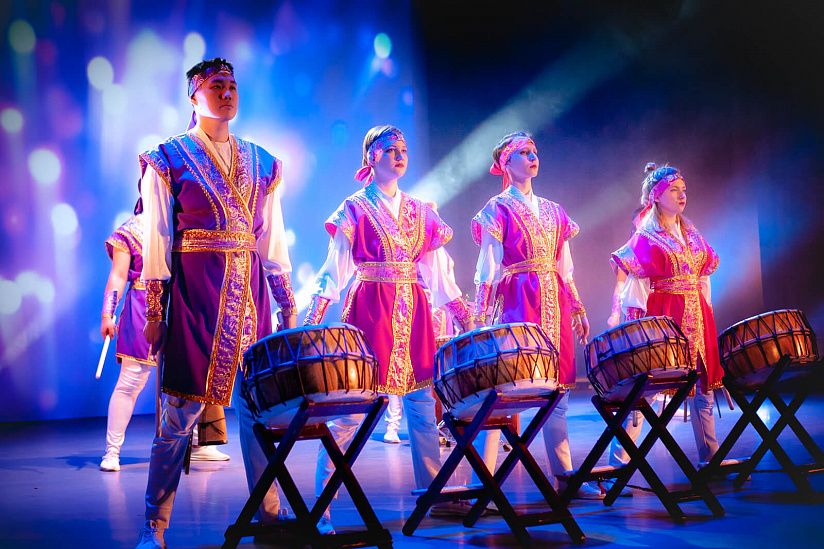